I was best known as a young adult writer but I started by writing books for younger readers – partly because they’re shorter and quicker to write but also because the second phase of Australian young adult fiction didn’t get off the ground until the early 1980s. As a result, my first published novels were for early primary school kids, sometimes domestic fantasies (Marty Hollitt, Fat and Skinny, Fast Forward) and sometimes stories about kids having everyday adventures (The Go-Cart Kids, Hunt the Witch).

After I established myself as a writer of literary fiction for young adults, I also wrote genre fiction for lower secondary school kids – horror (The Rings), romance (for the Dolly Fiction, Hot Pursuit and Home Grrls series), science fiction and crime. (My crime novels for kids are in a separate section). Can You Keep a Secret? and Sisterhood and Secrets are the odd ones out – my only historical novels, longer than my other books for younger readers and dealing seriously with serious issues, rather than using comedy to put my points across.

Here is a selection of my books for kids. If you want to read them, click on the download links under the cover pictures. You can download them in pdf, epub, or mobi (Kindle) format.

NB: I haven’t rewritten or updated any of these stories but I did change some sentences here and there while I was proofreading the ebooks, to make the words flow more smoothly or to get rid of some unfashionable adjectives and adverbs. So, if you want to quote any of the books as they were originally published, for academic purposes or whatever, you’ll need to track down a print copy: sorry about that.

In a deserted factory, Marty comes across the mysterious Mr Kidd and his Amazing Game Machine, which will make her dreams come true – or turn them into nightmares. Marty Hollitt was my first chapter book. It’s a fantasy in the British tradition (think Diana Wynne Jones or Roald Dahl), because fantasy was my favourite genre at the time. In the long run I became a realist writer, not a fantasy writer, but reading Marty Hollitt now makes me remember one of the roads I didn’t take. 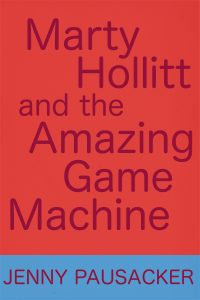 Six kids race their go-carts at Panorama Drive every Saturday, until a grumpy neighbour complains and a new boy wants to kick the girls out. At the time, I was arguing with my PhD supervisor about whether English Literature students needed to know the Bible, so it was annoying to realise that I’d unconsciously based Chapter 15 on the expulsion from the Garden of Eden, with Andrew and Jo as Adam and Eve, Jason as the snake, Mr Ryan as God and Tony as the cherubim with the fiery sword. Actually, it’s an appropriate comparison, because the book is about the end of the Edenic time before ‘kids’ are separated into ‘girls’ and ‘boys’ – although there are more characters here than in the Biblical version. I think the way we’re trained to be girls or boys is a complicated business, so I included lots of different kids’ responses and gave the plot lots of twists and turns, some of which even surprised me when I reread it. 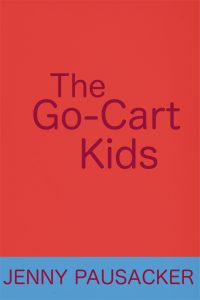 Grant hates being called ‘Fatso’, until Fat and Skinny from the playground rhymes take him and his sister Annie on a series of magic adventures. (I wish you could see the original illustrations by Tony Oliver.) My editor made me rewrite this book twice, so I took against it at the time, but now I think it’s an unusual (and unusually non-judgmental) approach to the question of body shape. It’s also fairly autobiographical – I’ve always been fat, I still make up songs all the time and I was fascinated by the chalk arrows on the streets of my childhood, although, unlike Grant and Annie, I never actually tracked any of them to their source. 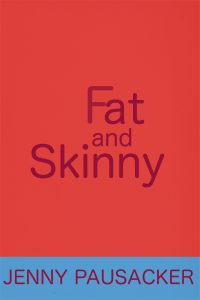 One of the first pieces of feminist history I came across was the re-evaluation of witches, summed up in Barbara Ehrenreich’s Witches, Midwives and Nurses. Later on I was visiting friends who told me there had been a re-enactment of a witch-hunt at a local fair, which made me realise that lots of people still weren’t aware of the feminist version. I was wondering how to get that idea across when Syl and Chris walked into my mind and I decided that if the young daughters of two feminists tried to rescue the ‘witch’, the results would definitely be entertaining – and maybe even productive. 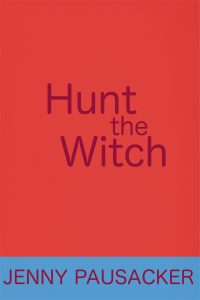 I usually write about things I know but I wrote this book in order to figure something out. I’m easily bored (although once I get interested in something, I’m very tenacious) and when video recorders were first invented, I really wished I could use the FAST FORWARD function on my own life – but at the same time I had a feeling there would be a down side. So I wrote Fast Forward to see what would happen to an impatient kid whose gran invented an Anti-Boredom Machine, which let him FAST FORWARD through the boring bits of his life, and I found out that … well, you can see for yourself. 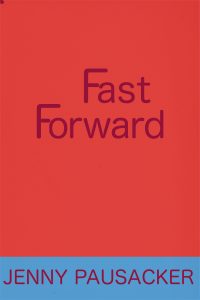 Can You Keep a Secret?

Class systems have an effect on everybody (in different ways, at different times and in different places) but they’re mostly talked about in terms of facts and figures. In this book, I wanted to look at how class feels, so I started with something close to my childhood home in Melbourne – the Yarra River, which divides the upper middle class suburb of Kew from working class Richmond. Can You Keep a Secret? is set in the 1930s Depression and it tells the boys’ own adventure story of Graham Thompson, who infiltrates the Richmond Unemployed Workers’ Movement as a spy for a secret army called the League of National Security. Graham starts out with a full set of class prejudices (‘But the people! Their hair hung in rats’ tails and their skin was pasty. “Commos,” I whispered to myself’) but by the end of the novel he sees the same people quite differently, realising that ‘It costs money to look clean; it costs money to look healthy; it costs money to look neat.’ 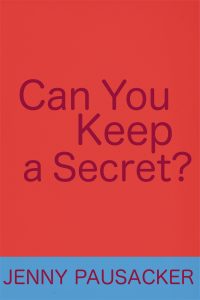 The Rings starts by evoking the ‘friends forever’ ethos of an American pre-teen series, segues into violent death, grief and revenge and ends by re-establishing the importance of friendship. It’s basically a longish short story: when it was published in Lothian’s After Dark series, it had the extra benefit of lots of spooky illustrations by the late great Gregory Rogers. 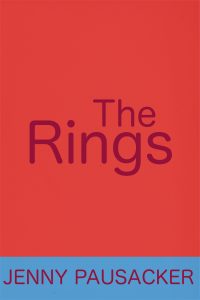 By 2016 this was the only one of my books that was still in print – not so much because it’s the best book I’ve ever written as because it’s part of Scholastic’s My Australian Story series, which consists of fictional diaries by kids from various periods of Australian history. I wrote about the 1970s, as seen through the eyes of a suburban teenager called Jan Packard. I actually went on the Moratorium march against the Vietnam war and joined the Women’s Liberation Movement but I had to do just as much research for this book as when I wrote about the 1930s in Can You Keep a Secret? because, unlike Jan, I didn’t keep a regular diary, so I had to check all the names, dates and places, to make sure I’d remembered them properly.

(NB Secrets and Sisterhood was previously published as A Tale of Two Families.)

If you want to read Secrets and Sisterhood, you can buy the ebook through these outlets.