I was best known for my young adult novels, for two reasons. Firstly, because that’s where I did my best work: in my other novels, my main aim was to entertain but my YA novels ask more from the reader and, as a result, I reckon they give more back. And secondly, because I put a lot of work into the project of getting young adult fiction accepted as a category – joining committees, giving talks at conferences, writing articles and challenging the opposition wherever I came across it. (Now that Australian YA fiction has a worldwide reputation, it’s strange to remember how resistant people once were but back in the 80s and 90s, somebody from outside the field used to challenge its right to exist at regular intervals, sometimes deploring specific YA novels and sometimes insisting that young readers ought to go straight from Enid Blyton to War and Peace.)

At the same time, however, I’ve never enjoyed categorising my novels and this website is no exception. I had to make some arbitrary decisions: it would be easy to argue that any or all of Can You Keep a Secret?, the Hot Pursuit series that I co-wrote with Merrilee Moss, The Rings, the Blake Mysteries, Secrets and Sisterhood and The Family of the Dead were young adult fiction. In the end, however, I settled for listing two standalone novels, Dancing on Knives and my unpublished novel Going Overboard, plus the Central Quartet, consisting of four novels set in four successive final years at the same school, Central Secondary College, which focus on what I saw as the four key issues for people on the cusp between childhood and adulthood – making big choices, love, work and what to do when shit happens.

If you want to read the novels, click on the download links under the cover pictures. You can download them in pdf, epub, or mobi (Kindle) format.

NB: I haven’t rewritten or updated any of these stories or novels but I did change some sentences here and there while I was proofreading the ebooks, to make the words flow more smoothly or to get rid of some unfashionable adjectives and adverbs. So, if you want to quote any of the books as they were originally published, for academic purposes or whatever, you’ll need to track down a print copy: sorry about that.

What Are Ya? was the first Australian novel with a gay main character. It was also a deliberate subversion of the current American model, in which the writer focused on a single protagonist, who usually told their own story in the first person, explaining what it meant to be gay or wonder whether they were gay. Instead, What Are Ya? takes you into a world where some people are gay already, some people are working out that they’re gay, some people are working out that they’re not gay and some people take it for granted that they’re straight. And most of these people are in their final year of school, so they’re having to make all sorts of choices about all sorts of other things, as well as their sexual preference. What Are Ya? gives you a chance to follow a bunch of kids around, get to know them and see how they change themselves and each other. You can find out how I came to write it here. 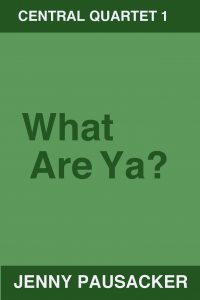 Mr Enigmatic is the writing folio of Rhett Foley, covering a year of his life, during which he negotiates several longterm friendships, experiences tragedy at one remove, argues about writing with his English teacher and falls in love (more than once). One of my reasons for writing the novel was that my girlfriend’s stepson had told me to write a book about him. (He was, predictably, too cool to read it.) There’s a bit of me in the novel too: like its main character, I’m non-exogamous or, as I would now – and more positively – describe it, endogamous. But mostly I see Mr Enigmatic as a novel about writing a novel, with all the false starts, stuff-ups, experiments with style, wrong turns and unexpected breakthroughs that you’d find in most first drafts. And given that I love writing and I love kids like Rhett, I reckon Mr Enigmatic would have to be the most joyful of my young adult novels.

Some of the formatting in this book does not display in some e-readers (especially Bluefire Reader). Please download the pdf if you want to be sure you are seeing the book as it was originally formatted. 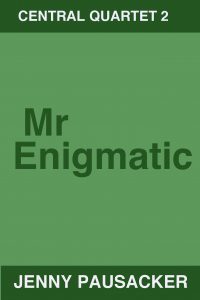 Getting Somewhere spans twelve months and twelve different ways of looking at the same person. Dinah and Stacey are identical twins but after Dinah got meningitis in primary school, Stacy was always a year ahead of her. Now Stacy has gone off to university and for the first time Dinah is emerging from her sister’s shadow, asking herself what she wants from life and examining the choices that all the people around her have made. Each chapter looks at Dinah from a different angle – for instance, one day is a day full of memories; on another day she registers everything very physically, because she’s about to get her period … and then there’s the day where she works through a maths problem.

For that chapter, I collaborated with my friend Robyn Arianrhod, who was lecturing in maths at Monash University at the time and now writes books about mathematicians like Emilie du Chatelet and James Maxwell: we’d been talking for years about how it felt to do maths and this was a chance to push that discussion even further. Some readers hated the maths chapter (for instance, another friend told me that after watching Dinah do maths, she couldn’t continue to identify with her) but I loved writing it, especially the final moment where Dinah thinks, “I understand now. I understand. Something about the way my mind works. Something about the way maths works. Something about the way the world works” – and, paradoxically, I think I love that moment even more because I’m mathsphobic myself. 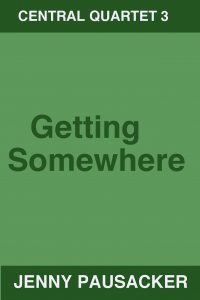 I’d describe Sundogs as my best book so far, in the sense that it’s the book in which I came closest to doing everything I set out to do. At the same time, I’d have to acknowledge that most people wouldn’t agree with me: out of all my young adult novels, it’s the only one that didn’t win or get shortlisted for any awards. This may be because Sundogs deals with things like depression and suicide … and, perhaps even more importantly, because it treats them as everyday parts of the main characters’ everyday lives, not as big, dramatic, attention-must-be-paid issues. The novel is centred round Rhett, from Mr Enigmatic, and Zan, Barb’s younger sister from What Are Ya?, who go on a family walk in the bush and fall – well, not exactly down Alice in Wonderland’s rabbit hole but into a new way of seeing the world around them. 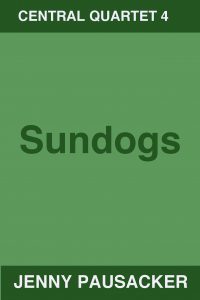 I was on my way home from the writers’ retreat Varuna, when I decided I wanted to write a novel about a fairytale bookshop. (If you know anything about Varuna, you’ll understand why I was thinking in fairytale terms.) At first, I thought my main character would be a bookish nerd, like I’d been, but then I thought it would be more interesting to write about the interaction between a fairytale bookshop and an airhead. So I ended up writing about Rochelle, who loses her shiny life when her parents divorce but starts to make sense of things by comparing her situation to the people she meets at the bookshop and the stories she finds in the books. Although I didn’t know it at the time, Dancing on Knives turned out to be my last published novel for young adults and it seems appropriate to have ended with a story about the importance of stories. (The book is also an accidental valedictory to specialist bookshops: if The World Tree is still in business these days, it’ll have to be online, not on Smith Street.) 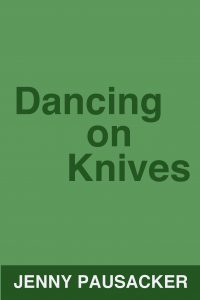 Going Overboard is my biggest novel, the size of a small country town, full of complicated political manoeuvres, interpreted by multiple narrators. It’s also the only unpublished novel on this website. I wrote it for one of my favourite editors but after he left, his replacement cancelled its publication and I rewrote it after I moved to the UK, at which point it turned into a full-on meditation on Australia and Australian history. (Living in another country can do that to you.) Sadly, my agent asked me to rewrite it as a thriller based on Lucy Dove’s back story and the only editor to consider publishing it in its current form eventually said, ‘I think the climate for the great Australian novel has problems with the economic times. Publishers are publishing less but expecting to sell more books. This makes a lot of sense but it does cause the publishing scene to become safe and not take risks.’ So is Going Overboard an unacknowledged great Australian novel or just a sign that I’d lost my sense of what made a book saleable? I’ll let you be the judge …

NB: Seven years after I finished the second version of Going Overboard, I moved to Wollongong – but the novel is set on an imagined New South Wales coast, not in the Illawarra as I’ve come to know it. 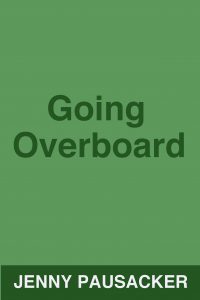 ANOTHER DAY IN HELL

The short stories in this ebook are collected here for the first time, because they were originally written for anthologies edited by other people. Sometimes I was asked to write crime fiction (“Another Day in Hell”) or horror stories (“The Experiment”, “The Princess in the Tower”) and sometimes the editors told me to write whatever I liked, in which case I went for magic realism on one occasion (“Four Horsemen”) but usually stuck to the ordinary kind of realism. While I wouldn’t go as far as claiming that there’s an actual theme to the collection, I think all the stories deal with limit cases of one kind or another. 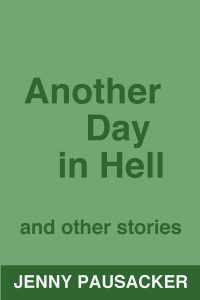